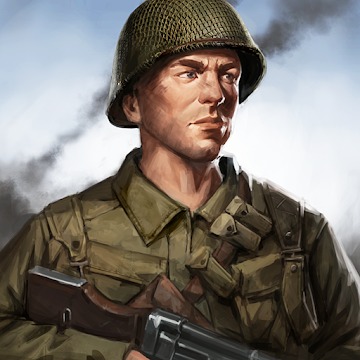 Have you thought how you would fight in the second world war? So come to World War 2 – Battle Combat now to join the most horrifying war in human history. Stanning graphics, exciting gameplay, lots of weapons and historic armor give you the ability to survive the war. Pick up your gun and take out all your opponents, you will be the winner! The MOD version also gives you many advantages, please consider using it!

World War 2 – Battle Combat is an action shooting game created by Edkon Games. Addictive game with 6 game modes and many other attractive features. Add to that the eye-catching 3D graphics and optimized controls to help players have the perfect experience. Specifically, please join us to find out!

Background of the game

Talking about the most famous battle, it is impossible not to mention the second world war. This is the war with the most consequences in the history of the world. It was then that nuclear weapons, guns and bombs were used. Inspired by that time, Edkon Games has released this game. And the World War 2 scene used will create many special experiences for players.

Every moment in a battle is a moment of life and death. If you let your guard down for a few seconds, you should immediately lie down. That is the appeal of action shooting games. World War 2 – Battle Combat is the same, you need to be very focused to be able to survive in its fascinating game modes.

There are many game modes in World War 2 – Battle Combat, but the overall fighting mode still makes many players most excited. The match will be divided into blue and red teams and fight in a certain time. While time remains, anyone can join and be randomly assigned to a team. You and other players need to defeat as many opponents as possible. Ranking will be ranked according to the number of players defeated. In the battle there will be many support items such as cartridges, HP boxes … You will be refreshed all if killed and revived after a few seconds.

There are many types of weapons in the collection to choose from. From pistols, shotguns, rifles … are ready for you to bring into the war. You can upgrade the magazine to load more. Decorating everything on the edge of the gun will give it a unique look. It also shows your style through textures. With melee weapons, they also have many different forms such as: dagger, shovel, ax, hammer …

With a minimalistic design, the controls are streamlined so that players can easily control their character. Smooth operation will help you navigate through complex terrain and hide quickly. Action games are very important in terms of the control system, and World War 2 – Battle Combat is doing very well.

The auto-targeting mechanism makes it easier for you to play this game. You just need to move flexibly and focus on the other person. Once in sight, the system will automatically fire bullets. Ammo speed will depend entirely on the weapon you are wearing. However, you need to increase to the specified level in order to unlock the feature.

Playing the game will be much more fun if you have your teammates sticking together. Therefore, the Clan feature will help you make new friends. Creating your own Clan or team will get you victorious easily. Play online PvP battles or create a self-contained battle room to experience together. So invite your friends and together topped the rankings!

Shooting action games always come with great graphics. This game will bring you epic visual effects in each battle. Super cool 3D graphics, diverse backgrounds and realistic WWII depictions give you a great experience. Besides, there are realistic weapons, items and characters, creating an incredibly realistic game.

Hack Map: Enemies are always visible on the radar.

Complete missions and achievements in the exciting shooting game World War 2 – Battle Combat. Fight with other players from all over the world in this FPS shooting game. Join us to experience the atmosphere, the feeling of the time of World War 2 breaking out. You just need to click on the link below to proceed with the download and installation.