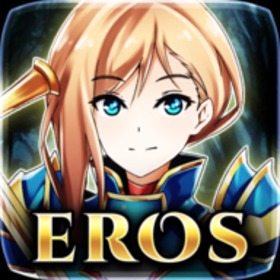 Download Planes Of Eros MOD APK now, you will immerse yourself in a beautiful kingdom. However, you will fight by yourself in a rather unique form – using a slot machine. Beautiful, high-quality graphics with beautiful characters, the game will surely satisfy you. Get started now!

About role-playing games, we would like to introduce to you Tensura: King of Monsters and Epic Conquest 2.

Planes Of Eros is a role-playing game available on Android and browsers. The game has many unique, beautiful characters that will accompany you until the end of the journey. Classic role-playing game with extremely attractive turn-based style. You will go through countless different maps, discover many new lands. In particular, you will definitely like the fighting form of this game. Specifically how it is, we will explain in more detail below.

Goddess Eros, who created countless different planets so that the races could live in peace. There are Tera, Haqua, Ignis… and especially the earth. When everything was flowing smoothly in orbit, an evil force appeared. The head of that force is Belial, an evil goddess. She threatens the peace of all these planets. This time, the chosen target is Earth.

You – a courageous, upright person who dared to stand up against that force. The beautiful and powerful Sexcaliburs from nature will accompany you on this journey. Gather them and create an invincible team. Stand up and save the planet!

Planes Of Eros uses slot machine games for battles. When the match starts, the slot machine will appear and the two sides will play in turn. You just need to press the spin button to start your turn. When random items appear, there will be things of the same type that can be combined. The more combinations you have, the more damage you can inflict on your opponent. Especially, if you land in a special combination, you will immediately win. It’s like winning the Jackpot in card games. Of course, the odds are so low, it’s very rare that you can shoot it.

Beautiful talented Sexcalibur girls will be ready to join any battle. Play Gacha and you will collect even more girls on your team. They are very strong, but still need someone who can command and guide them. No one but you, the only one who can protect this world. As the main player, you will have interesting perks, discover it in the game.

Planes Of Eros will take you to an exciting and long-running adventure. Not only earth, you also participate in protecting many other planets in the universe. Each planet is a difficult journey, as the monsters get stronger and stronger. Along with that are many tasks for you to perform. Of course, completing the quest will bring you many benefits. The first is Exp to level up, allowing you to access more features and unlock new characters. Besides, there is money for you to buy goods in the store and support items. Therefore, you should do all the tasks assigned by the NPC.

Planes Of Eros offers a vivid, high-quality 3D graphics. The characters with Anime style are extremely cute and beautiful. The combat interface is a fantasy casino, with a focus on clean, simple lines, rich and vibrant colors. The combat effect is also evident through the character’s magical skills. You will feel an eye-catching graphics to every detail.

The lively sound comes from the background music that is played continuously in the game. It creates more inspiration for every player. Moreover, the character voices are also voiced by real-life actors. Finally, the vivid skill sound effects also give players a lot of excitement.

Planes Of Eros is now widely available all over the world. It impresses players from the very first time. They were all captivated by the quality graphics, beautiful characters and compelling battle trailers. As mentioned above, Planes Of Eros is available with an Android version and a web browser. If you don’t want to download it, you can play it directly on its official web. However, you cannot save game progress on quizzes. Therefore, we encourage you to download it for free from the link below.