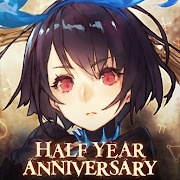 SINoALICE is a famous action role-playing game of Square Enix. This game was first introduced in 2017. At that time, it was only released on mobile for the Japanese domestic market. At that time, almost every gamer worldwide was interested in this game. But its international version was not released soon. It is not until now that SINoALICE officially launches the international version with English language.

In 2017, SINoALICE was developed by two famous game companies, Square Enix and Pokelabo. But back then, they didn’t mention the official game release time. Many international players have found a way to try out the Japanese version. But now, everyone can experience this great game with the international version. SINoALICE just appeared yesterday, June 30. In this article, we will have a few reviews about the game, and then provide a download link for you.

In the game, you will meet familiar names like Cinderella, Hansel & Gretel and Snow White. These are all famous and familiar characters with each of us. And this game relies on those characters to develop into a pretty unique storyline. The story revolves around a world called Library. Here, our main characters will have to cooperate to fight against the evil forces called Nightmares. They’re trying to swallow the world of fairy tales and you have to prevent that from happening.

Basically, SINoALICE brings real-time fighting RPGs. Every day, the game will give you a number of tasks to complete or join the online game mode. Each match will take place over a period of time, you must plan your every move and use the skills to fight the opponent. These skills need to be used at the right time to achieve the best effect.

Weapon system is a big plus for this SINoALICE game. The game offers an extremely diverse weapon system with huge numbers. Not only that, each weapon has its own story, you have to spend some time to unlock all of these weapons. Each time you successfully unlock, you will understand the unique meaning of that weapon.

In addition to the gameplay, the image is also appreciated by gamers in this game. SINoALICE was developed with impressive and eye-catching 3D graphics. The system of characters is shaped in the traditional Japanese style of Anime. The color system, vibrant visual effects will make the game much more vivid. Especially the skill effects of the character. Even the weapon system is designed very detailed and beautiful.

You may already know Nier: Automata, the SINoALICE-themed game that is highly rated for sound and background music. And Nier: Automata was developed music by famous Japanese artist Keiichi Okabe. And he also undertook the sound and soundtrack for this SINoALICE game. This game continues to integrate the soundtrack with gentle melody, consistent with the content of the game.

God Mode: A lot of players have asked us to provide the SINoALICE MOD APK for them to experience. However, the current version is not fully featured. And we are finishing the MOD version as soon as possible. Please look forward to it!

Overall, SINoALICE is already a popular game so we don’t have to evaluate further. After getting the popularity of Japanese players, this game came to the international market to attract more players. Currently, the game is available on Google Play but not for all devices. However, we have brought you the SINoALICE APK version so you can install it on any device.