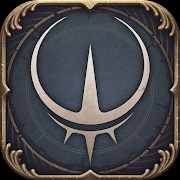 Pascal’s Wager APK action masterpiece, it was released for the App Store in early 2020 recently. But at that time, the version for Android was not mentioned by the publisher. Therefore, there are many Android players who expect this game to be released. As for the iOS version, it received a lot of love from the players.

It is not until now, at the end of June 2020, this game will officially be available on Android. Accordingly, Pascal’s Wager is a third-person blockbuster action game with extreme graphics, effects, sound and gameplay. It was developed and published by Giant Global, a not so famous Chinese gaming company. But after the release of Pascal’s Wager, they became more popular.

Come to Pascal’s Wager, you will be immersed in the main character named Terrance. He is a postman living in a dark world. The hidden world is full of mysteries and strange things, where the sun has sunk to the bottom of the sea. Thousands of years ago, this place was covered in an endless black mist, no light for life. And you will be with the protagonist adventure in this world, a challenging adventure.

In this adventure, you will not be alone. You are guided and suggested by Colossus, who supports you throughout the game experience journey. Along the way, you will have to fight fierce and cruel enemies. In addition, you must confront epic Bosses and uncover the mysteries after that war.

The strongest point of Pascal’s Wager is its top notch graphics. It is invested with beautiful 3D graphics, bringing a dark and mysterious color. The majestic scenes, along with the appearance of humans, everything appears in the most honest way. Especially the character-shaped part, the characters are warriors, wearing beautiful armor. Pascal’s Wager’s visual and visual styles are highly appreciated. Therefore, this game is compared not inferior to the role-playing game on PC or Console.

To bring a great experience, not only must games have high-end graphics, but it also has to have a lively sound system. In the mysterious environment, you will feel the mystery through sound effects. Along with that, the soundtrack is performed by a world-class orchestra. Surely you will be fascinated by that music. It will make you unable to stop every time you play the game.

The main features of the game

Rarely is there a game with top-notch gameplay and graphics like Pascal’s Wager. And right now, you can download this game to experience it. This game is sold on Google Play for about $ 3.99. But we have brought you completely free Pascal’s Wager APK version. But you should note, this game is very heavy, about 2GB. So your phone needs enough free memory and high configuration to experience the game smoothly.