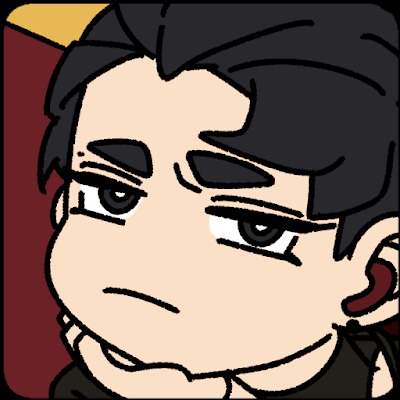 How will you feel when you enter a world full of superheroes? The special thing here is that you have no power at all. Not Exactly A Hero will transport you to such a world! This is an adventure game with a visual novel style. No need to have strength to be a superhero, it all depends on your creative brain!

Introduce game Not Exactly A Hero

Not Exactly A Hero is the perfect combination of novel and adventure game. In this game, you will have a lot of decisions to make. Each decision will directly affect the final ending. In addition, you also get to meet and interact with countless interesting characters. Its graphics are simple, intuitive and accessible, This exciting game will keep you hooked with the flow of the plot. Join us now!

In the game, you will play as an agent named Riley. Your job is to support the daily activities of superheroes. But in essence, you are just an ordinary person. No power, but you have the most advanced technology. One day, the shadow organization took action to attack this world. You are tasked with closely monitoring and supporting the work of superheroes when tracking them. So can you complete this quest? Let your brain stay awake to make informed decisions.

You do not need to manipulate much when playing Not Exactly A Hero. You just need to follow how the plot unfolds through the dialogues of other characters. When the plot has gradually unraveled, there are many decisions you need to make. Each of these choices affects the final ending. This game is packed with 3 starting points, 4 side character routes, 9 different endings and a bonus route for those who complete it. You are the main character in the game, you can do everything you like. It all depends on your choice!

In the game you will meet many interesting characters. They are also the people who will lead the story so that you can easily understand what is going on. Here are some characters that you will often interact with:

These characters will also gradually appear in the flow of the plot. Do not skip through the conversations too quickly, maybe one of their words is the key to your success later.

After each situation, you will be presented with 2 to 3 different options. In there will be a premium option, you need RUBY to unlock them. However, RUBY is extremely difficult to collect in this game. The only place you can get them is in the achievements feature. In Not Exactly A Hero, there are more than 30 achievements for you to conquer. The reward will be based on the difficulty of that achievement. As such, you can prioritize choosing options that can complete achievements to get more RUBY. At that time, you can open many other more interesting endings.

The graphics in Not Exactly A Hero are drawn entirely by hand. Their creator is also the author of the game “World Office”. More than 48 illustrations are collected and integrated in the game and countless interesting backgrounds, this game creates a unique interface. It is also extremely user-friendly and easily accessible to players. The attractive and flexible background music that changes according to the situation is also an important factor for you to become more immersed in the game’s plot.

MOD APK version of Not Exactly A Hero

Download Not Exactly A Hero MOD APK for Android

We guarantee that, Not Exactly A Hero will keep you hooked all day because of its attractiveness. The plot is extremely dramatic and the climax is pushed continuously, making you unable to take your eyes off. The characters in the game make you happier with their unique personalities. In particular, the fact that you have the right to decide the end of the game yourself, also creates many interesting experiences. This game has a total of 9 different endings, which means you can play it over and over again. So great, what are you waiting for, join us now!