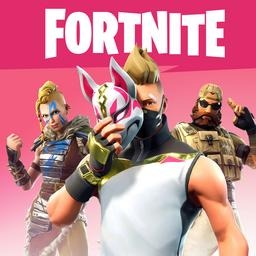 Surely you have known for Fortnite, multi-platform shooter game. This is a sandbox game of the survival genre with co-op gameplay, launched Early Access in July 2017. In September 2017, the game added an independent game mode called Fortnite Battle Royale with a survival game of up to 100 people.

Since the addition of survival mode, this game has attracted more players. Therefore, developer Epic Games has released this game for mobile platforms. And Fortnite came to the mobile platform in 2018 for the iOS platform. Later, the Android version was tested. But it wasn’t until earlier this year that the Fortnite version on Google Play was officially released. Immediately after launch, Fortnite was especially interested in players around the world.

Gameplay is based on PUBG

As mentioned, Fortnite is developing the familiar survival game, like PUBG. There will be no plot, no special missions assigned, your job is to survive the end of the fierce battle.

The context of Fortnite Battle Royale is also an island of quite a large area. This is where 100 players must fight together to choose the only final winner. At the beginning of the battle, each player must constantly search for items and weapons to equip the journey of survival. During the match, the island’s survival area is also shrinking, players who are still outside the safe zone will be excluded from the game. Therefore, all players will be closer and closer to each other, for the battle is more dramatic.

The peculiarities of Fortnite

Although the survival game of Fortnite is based on PUBG, it still has many differences. The first is the easy-to-play casual style of Fortnite, it does not follow the authentic direction of PUBG. The matches in the game are quite fast, with a duration of only about 20 minutes. Thanks to that, you will get the fast match but still dramatic. You can take advantage of gaming whenever you want.

The most outstanding feature of Fortnite is its unique interaction with environment. You can interact with everything in this game. From houses, trees, to rocks, cars, cointainers … can be destroyed by guns or hoes.

Finally, it’s a unique build feature inherited from the original Fortnite game itself. You can build any building based on the materials such as wood, stone, iron collected after destroying everything in the game.

Fortnite game is also equipped with an impressive 3D graphics background. As you know, the game’s main theme is life and death, until the end, but the game’s image is designed in an animated style. This style is in stark contrast to the specific colors of PUBG. Fortnite Battle Royale uses bright colors, with beautifully designed characters, houses, trees. It is this visual style that makes a clear difference between Fortnite and PUBG.

Overall assessment, Fortnite has not very good graphics background. But it was that graphics that drew a large number of players. That’s because Fortnite requires a much lighter computer configuration than PUBG. Survival game is a game genre that everyone loves. But not everyone has enough devices to play PUBG. Thanks to optimized graphics, Fortnite can be played on mid-range devices.

As for the audio, Fortnite is also very well finished. You will have a vivid experience thanks to sound effects such as gunfire, explosive bombs, movement, … While you wait to enter the game, there will be soothing background music so you do not get bored.

The minus point of the game

The minus point that we noticed, as well as from the player’s evaluation is the game’s shooting mechanism. Fortnite was developed by Epic Games, the cult studio with hit games. But the shooting mechanism in Fortnite is not really good compared to the previous products of Epic. Another important factor is that the weapons lack recoil level, you will not get the feeling of real gaming. Because this feature was equipped to the shooter quite a long time ago. In addition, Fortnite Battle Royale currently lacks many basic features of the survival game.

Overall, Fortnite game brings familiar gameplay, along with unique graphic style. This game was developed under PUBG but still brings many new features to itself. And most importantly, this game is free on all platforms. You can easily download the game and experience it for free. Another plus point is that it does not require a gaming device to be highly configurable. Even mid-range configuration devices can play games smoothly. Of course, you play games on high-end devices will get the best experience. Immediately following will be the link to download the game Fortnite MOD APK for you!