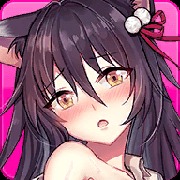 The game introduced today continues to be a product of the publisher Nutaku. It’s Attack On Moe H. This game gives you simple but exciting battles. And of course, the images in the game are what players are interested in.

Attack On Moe H MOD APK is an RPG game developed by Ignite. It was released by Nutaku Publishing on Nutaku.net. Almost every game on this platform is developed by unpopular developers. But those are extremely interesting games. As usual, Attack On Moe H is an RPG that combines sensitive elements for adults. Therefore, this game is only for those who are 18 years of age or older.

You are living in a kingdom called Pixel. One day, this place suddenly appeared giant girls. These girls are called Moetan. They came to Pixel and devastated the Pixel Kingdom while the people here could not defend against their strength. At this time, the whole kingdom is in danger, need a hero to rescue. The one who hopes to solve this place is a pink-haired guy. And you will play the role of this main character to start the journey to rescue the Pixel Kingdom before the giant girls.

You cannot fight alone, you need the help of the people of the Pixel Kingdom. But you have to convince them. With a giant sword, defeat the enemy, then stand up to the top of the mountain and call on the people to fight.

Your task in this game is quite simple, you just use your sword to defeat all enemies. The later, the enemy will become stronger and harder to defeat. Therefore, you also have to constantly upgrade the power of your character. In addition to upgrading, you can also get help from people in Pixel. Unlock stronger Pixel heroes to assist you in completing the lofty quests.

Each match, you will be assessed the level of completion. The better you complete it, the more rewards you will get. Find ways to defeat all enemies, to complete the task as well as complete the goal of conquering your girls.

Many players will think that this game will run out quickly. But in fact, the game has a lot of content so you can enjoy the experience. Currently, Attack On Moe H has more than 2000 levels. And the developer will still add new levels in the future. That helps players always enjoy the game, not get bored.

Your goal in this game is not to be the strongest, or to defeat them all, but to get all the cutscenes. During the game, you will receive attractive rewards, which are sweet cut scenes of girls. You will admire this wonderful blend of pixels and traditional anime art.

You will be fascinated by the beauty of the female characters in Attack On Moe H. Because they were created by the developer with an extremely attractive appearance. From the face, the hair color to the body, it’s all great. Surely this beauty will fascinate every man, not just you.

When using the MOD version, it is possible that your account will be permanently locked. You can switch to another account to play the game. Therefore, we recommend that you use your secondary account to log in to this game. Because registering for a Nutaku account is fast and simple.

This game only exists as an APK, so you can install it directly on your Android device without any other application. Please follow the steps below to install this game!

Note: Each time you update, you should only download the game at REDMOD so as not to interrupt the game progress in the old version.

In terms of gameplay, Attack On Moe H is not too new compared to other games on Nutaku. But the game theme is novel and the images are eye-catching, so it is still popular. And this game is also rated as one of the most popular games on Nutaku. If you like it, you can download the game now to experience it. Visit RedMod.co every day to discover the best games and applications!

2 comments on “Attack On Moe H”